Platinum Security values its personal relationships with its clients and its employees.  We believe that one of the best ways to offer superb service to our clients is by valuing our security officers so that they value the clients.

We focus on employee retention, ensuring that Platinum Security can provide clients with the best security officers available.  We’re not a “revolving door,” hiring and firing employees just to keep a post staffed.  We encourage long-term relationships between our officers and our clients.

The professional manner and reliability of our security officers and the dedication of our management staff all contribute to Platinum Security’s reputation for exceeding client expectations.

With clients ranging from Fortune 500 companies to homeowners’ associations, Platinum Security maintains a diverse client base.  Platinum Security’s quality management team is dedicated to meeting its clients’ needs, no matter what their type or size (from multi-national corporations to individuals), by designing specifically tailored security programs.

Originally founded in 1997 in Los Angeles, California, Platinum Security is comprised of over 800 dedicated professionals providing quality security service that exceeds our customer’s expectations in the private security industry.

Our management staff and field supervisors are comprised of current and former law enforcement officers and former loss prevention executives who provide quality security services that surpasses our client’s expectations.  With dedicated professionals and state of the art equipment, Platinum Security provides unsurpassed service for communities, government facilities and businesses.

Platinum Security’s employee turnover rate is the best in the industry.  We strive to employ well-trained security officers seeking longevity in their careers.  We are strong believers of growing from within our organization.  We have officers that have been with the company since it started in the late 1990’s that are still part of our organization, along with the management staff and branch managers that have been growing with us in several markets for almost ten years Platinum Security is built on a philosophy that emphasizes quality security services. 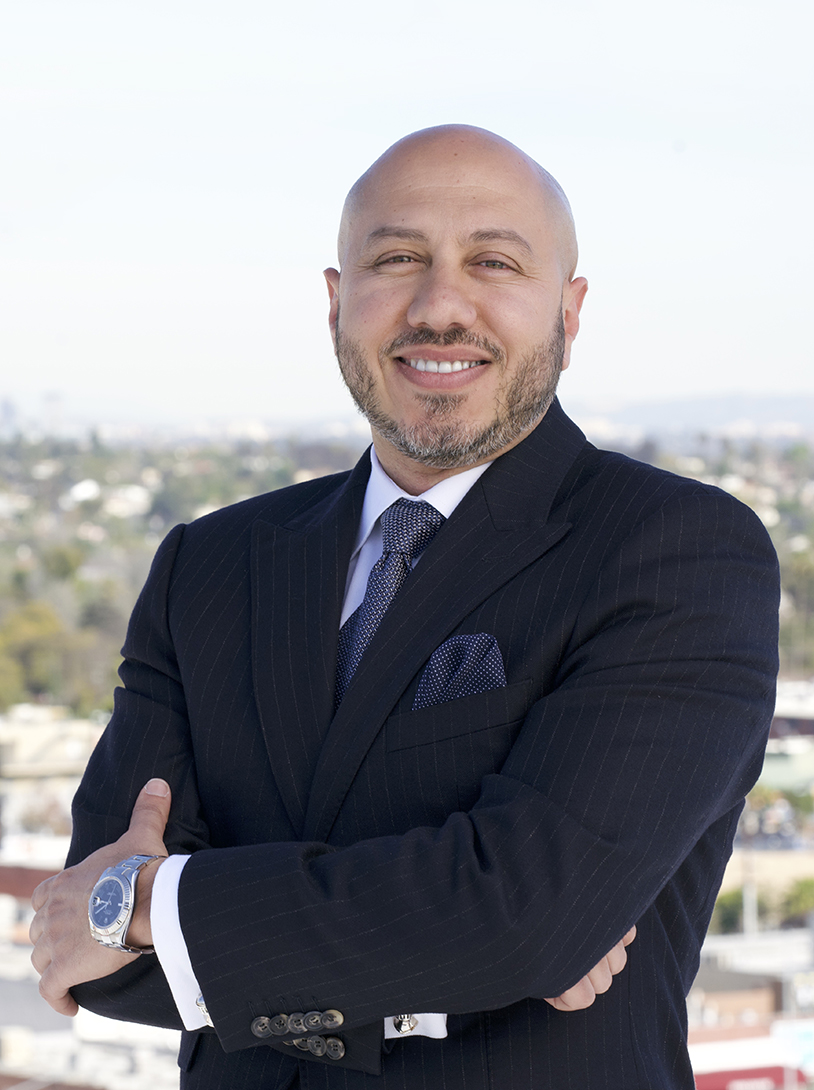 20 years ago, CEO/President Michael Farag was hard at work completing his business degree with a concentration in finance at Woodbury University while simultaneously laying the groundwork for opening what would later become Platinum Security.

Since then, Michael has been at the company’s helm every step of the way overseeing its steady growth with over 900 security officers throughout California and the West coast serving all client types from the private to public sector.

Michael is a Certified Protection Professional (CPP) since 2007 as designated by the American Society for Industrial Security, a certification that is globally recognized as the “gold standard” of excellence for security management professionals and is also a member of the non-profit group, Young Presidents’ Organization. Raised in Los Angeles, Michael is a die-hard Laker’s fan unwinds by taking in a Lakers games. An appreciator of modern architecture and art you may spot him at an architecture or art event. 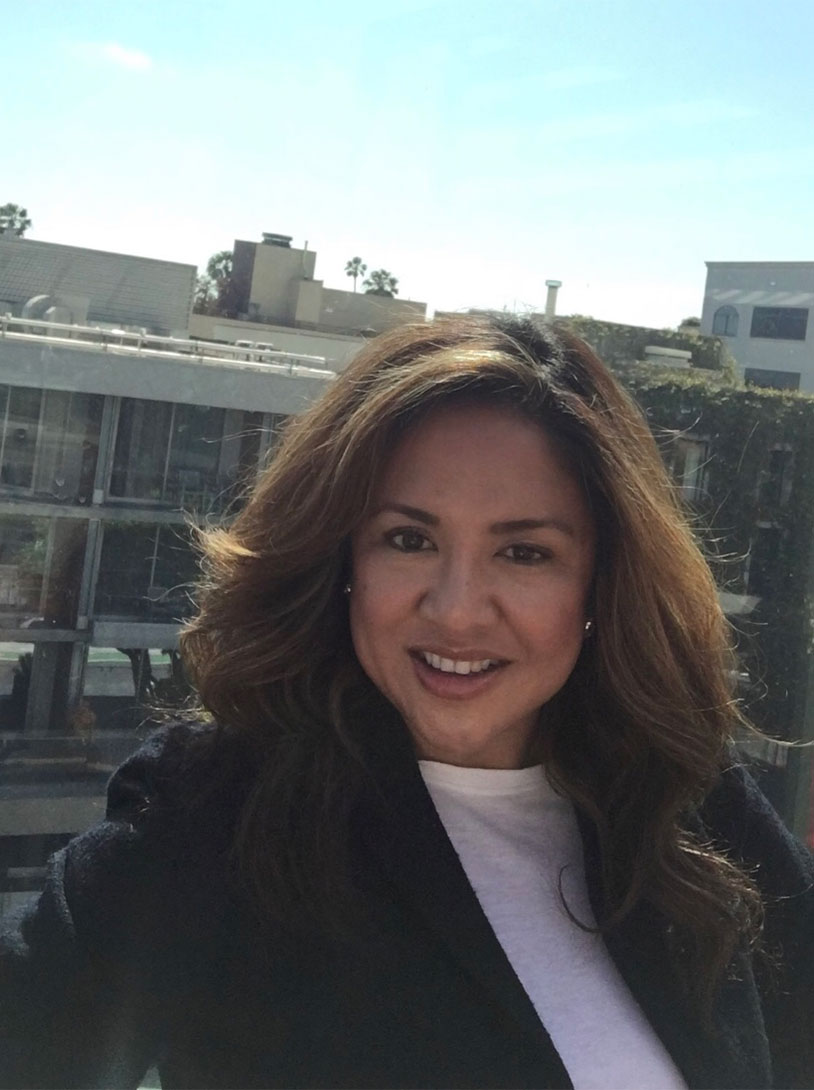 Armed with a Master’s degree in Business Administration with a concentration in Marketing, Miranda began her career with Platinum Security as a consultant and has since seen it flourish into the thriving company it is today. Having been able to help build Platinum Security and see it come to fruition from paper to actual growth has been her greatest professional achievement.

When she isn’t out pounding the pavement in search of new clients or checking in on existing ones, Miranda enjoys traveling and catching up with friends and family, as well as lending a hand to the local chapters of charities such as the Big Brothers & Big Sisters of Los Angeles, Ronald McDonald House, Pedal to the Pier and currently serves as the co-chair of the Outreach Committee for the Community Associations Institute-Greater Los Angeles Chapter.

Orange County native, Claudio Alonzo is the resident ‘Jack of All Trades’ here at Platinum Security. Responsible for field operations, budgeting, quality control, training and project management, his 28 years of experience in the field of loss prevention serve him well. He is certified in the Wicklander-Zulawski method and has received numerous awards and recognition throughout his career.

When he isn’t out in the field searching for the next great batch of officers, Claudio enjoys spending time with his family, traveling on his motorcycle, and discovering a new book to read as a way of challenging himself to learn and grow as an individual. 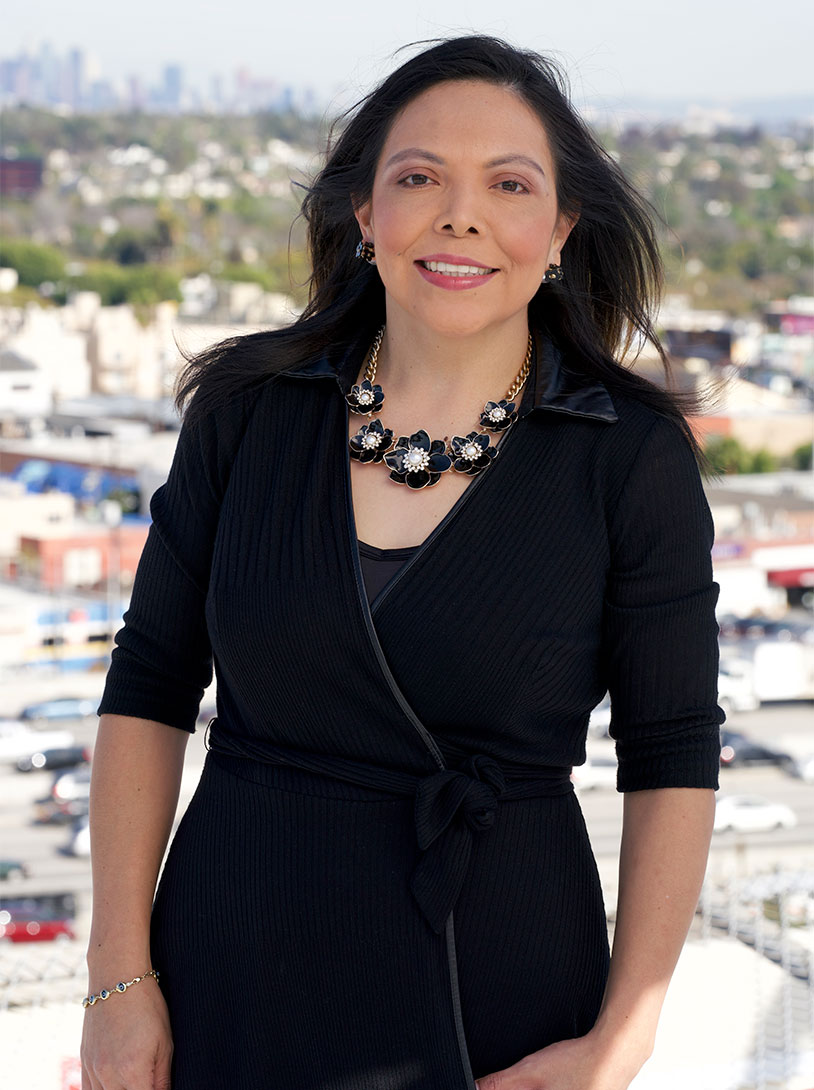 Norma is the Operations Manager at Platinum Security. She joined the company in 2006 and has primary responsibility for the operational management of the corporate office. In this capacity, she oversees the financial and administrative functions such as accounts payable, payroll and the overall office staff.

A graduate of Venice High School, Norma works closely alongside Platinum Security executives in connection with a variety of planning efforts and understands what is required to work effectually as part of a team.

Always looking to continue to learn and grow with Platinum Security, Norma advises to be brave and take risks as there is no substitute for hands on experience.

A devoted mother to daughters, she cites raising her family as her life’s greatest fulfillment. 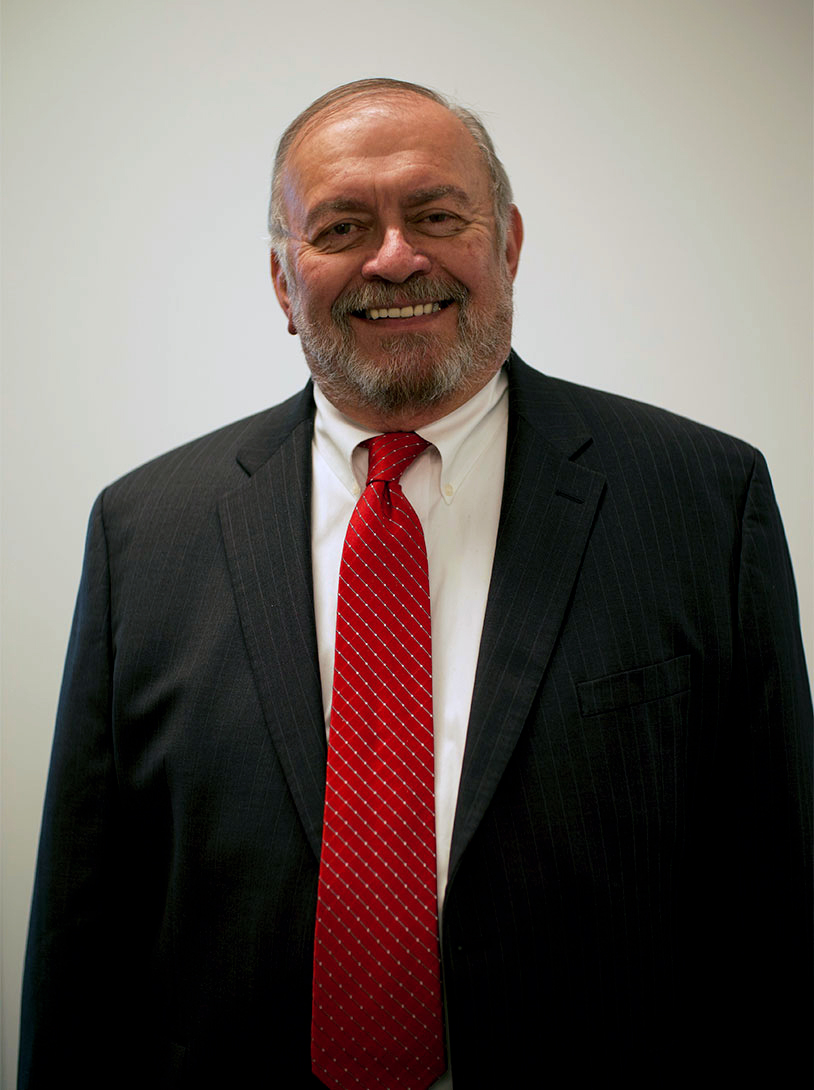 He has over thirty-eight years as a Private Security Consultant and Private Investigator, (CA License # PI10161) and thirteen years as a Military Policeman reaching the rank of Staff Sergeant, where he was responsible for providing security planning for Army National Guard Armories. 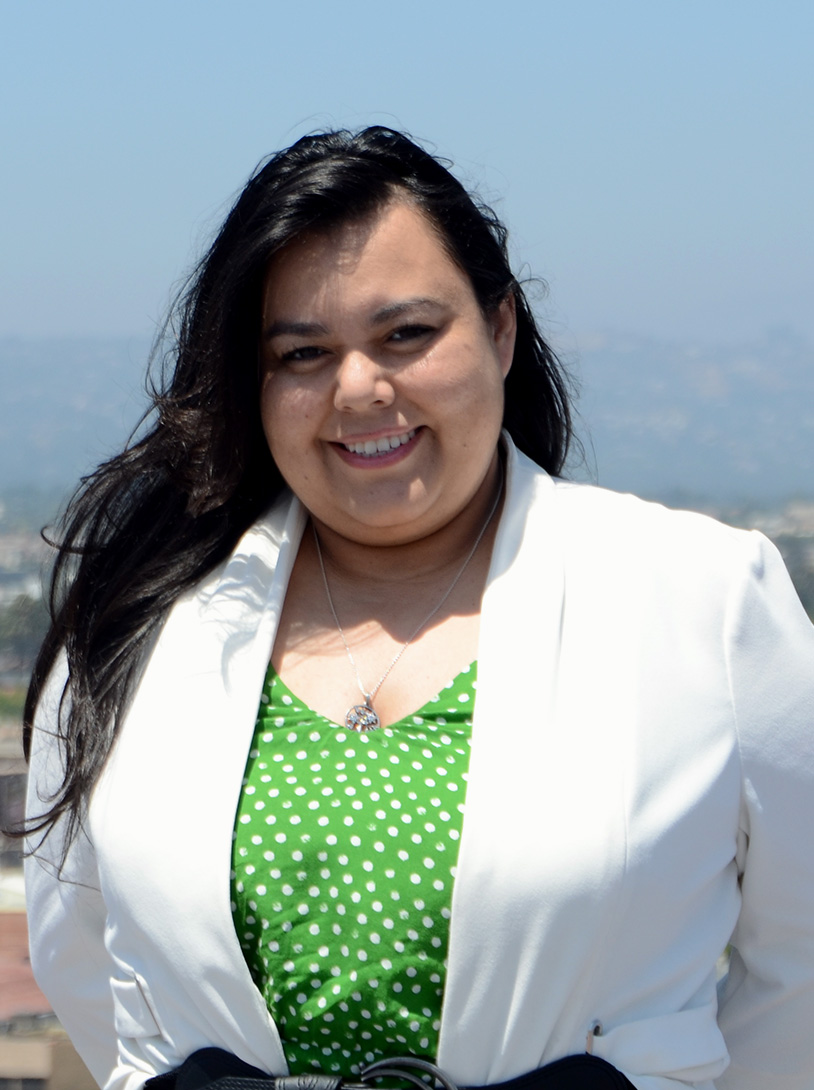 Julia is a returning employee with Platinum Security who was welcomed back this time as a Payroll Representative. She is responsible for processing paychecks, verification of employment, copies of pay-stubs and employee benefits.

As congenial as she is efficient, Julia applies these qualities to her work to the benefit of all employees.

When she’s not busy crunching numbers for Platinum, Julia enjoys cooking, singing and volunteering in the kitchen of her local church. 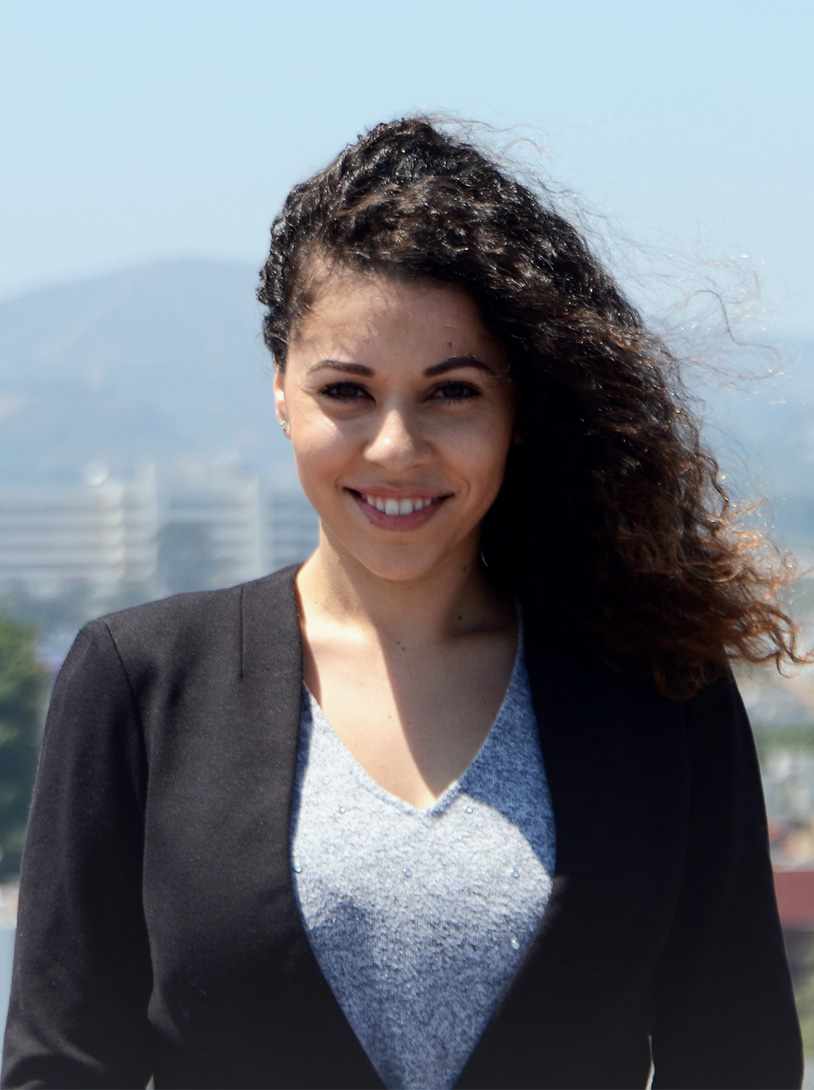 Jackie received her Bachelor’s Degree in Criminal Justice from California State Los Angeles and started her security career in Loss Prevention where after only one year, she was able to remove her company’s store off of the list of “most targeted” retailers.

To ensure Platinum Security assembles a team comprised of only the best and brightest in the business, Jackie has taken on the role of Recruitment Manager. She works hard to find just the right officers to place with the proper client, reduce overtime and our overall turnover rate.

“Hard work and dedication has been instilled in me since I was a young child and that’s carried itself all the way to adulthood. You will never reach your career/personal goals by sitting back and giving half your energy.”

Jackie enjoys hiking/working out and traveling. 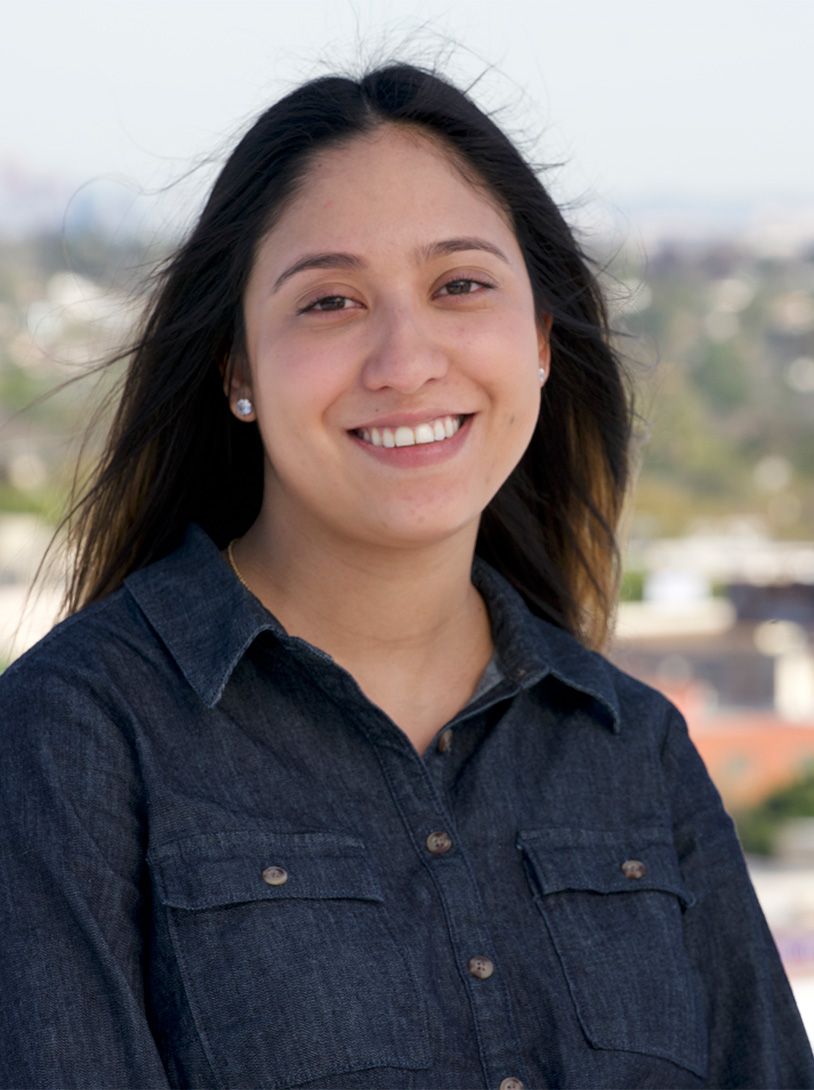 Born and raised in Los Angeles, Michelle is a graduate of Alexander Hamilton High School’s Communications Arts Academy and is currently in the process of obtaining her degree in Psychology from Loyola Marymount University. When she isn’t at working, she enjoys spending time with her son and helping out at L.A.-based non-profit, Big Sunday.